Show Time at The Freddies 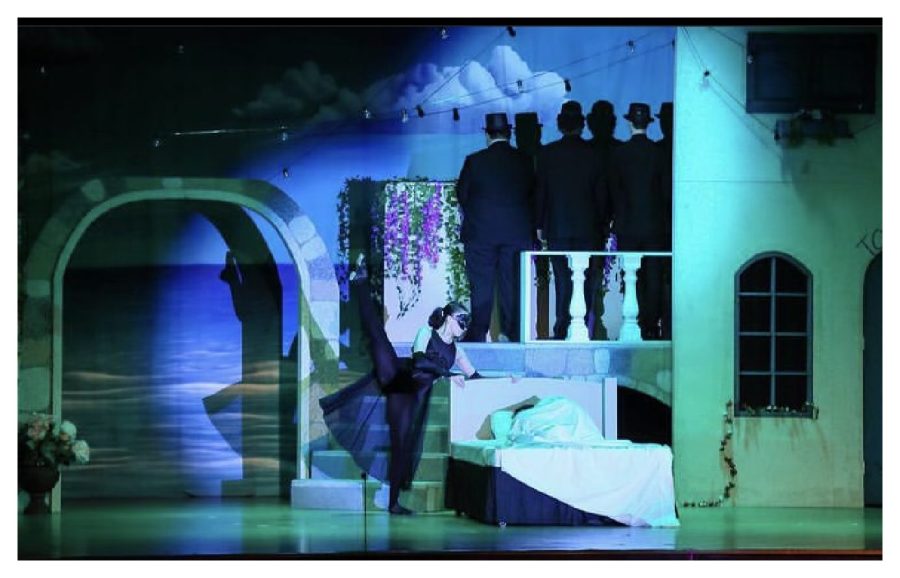 During the musicals performance of “Under Attack” Junior Kayla Beam, as the Nightmare Goddess, strikes a pose on stage.

Every year, high school drama clubs across the Lehigh Valley await to hear the nominations for the Freddie Awards, aka the Freddies, but few may realize this award ceremony has a unique history all its own.

The Freddies began in May 2003, when the State Theater Center for the Arts became the first in the country to produce a live television show to reward high school students in Lehigh and Northampton Counties, Pennsylvania, and Warren County, New Jersey for accomplishments in the presentation and production of musical theater.

The awards categories not only highlight the actors and actresses, but the behind-the-scenes production as well, with over 20 award categories, ranging from ensemble and stage crew to dancers, lighting, costumes, choreography and scenery.

Each year, over $1.8 million in scholarships and internships are awarded throughout the night.

This year, performing arts students in the selected counties waited eagerly for the nominations which were announced via WFMZ Channel 69 on May 11.

With about five students and schools nominated for each category, Warren Hills placed for one, as junior Kayla Beam was nominated for the Featured Dancer award.

“This is my first nomination, which is nerve-racking, but I’m very excited. I’ve been active in the drama club for three years,” Beam said. “I love the atmosphere and the people that the club offers. Because of COVID, this will be my first Freddies Awards, so being nominated is very exciting.”

The 2022 live Freddie Awards Ceremony will take place on Thursday, May 26 at the State Theater Center for the Arts, in Easton.

The three-hour live program opens with a number of performances by nominated musicals, actors and actresses. With the live program affecting over 2,000 students in both areas each year, thousands of people also experience the students’ dedication and commitment to theater arts by watching the awards ceremony at home.

Each year the show is broadcast live on WFMZ. The broadcast has received numerous awards, including Mid-Atlantic EMMYs in 2005 & 2011.

The program in 2008 was the subject matter of a mini-serious film documentary, “Most Valuable Players, by Canyon Back Films, Los Angeles.” It was released in 2010. The Freddies website states that the documentary is part of the Oprah Winfrey Network’s (OWN) documentary film club, which launched in 2011.

This isn’t Warren Hill’s only recent nomination, alumnus Cody Jackson made history when he was awarded Outstanding Performance by an Actor in a Leading Role at the 2019 Freddie Awards for his performance as Gomez in the Drama Club’s production of The Addams Family. Jackson was the first male winner ever to come from Warren Hills.

Just to have been a part of the Freddie experience is an honor in itself. As stated on the Freddie Awards website, “In a society where performing arts are given far less attention than sports and academics, the State Theater is committed to bringing attention to these talented students and preserving the future of theater.”