History of Racism in Warren County 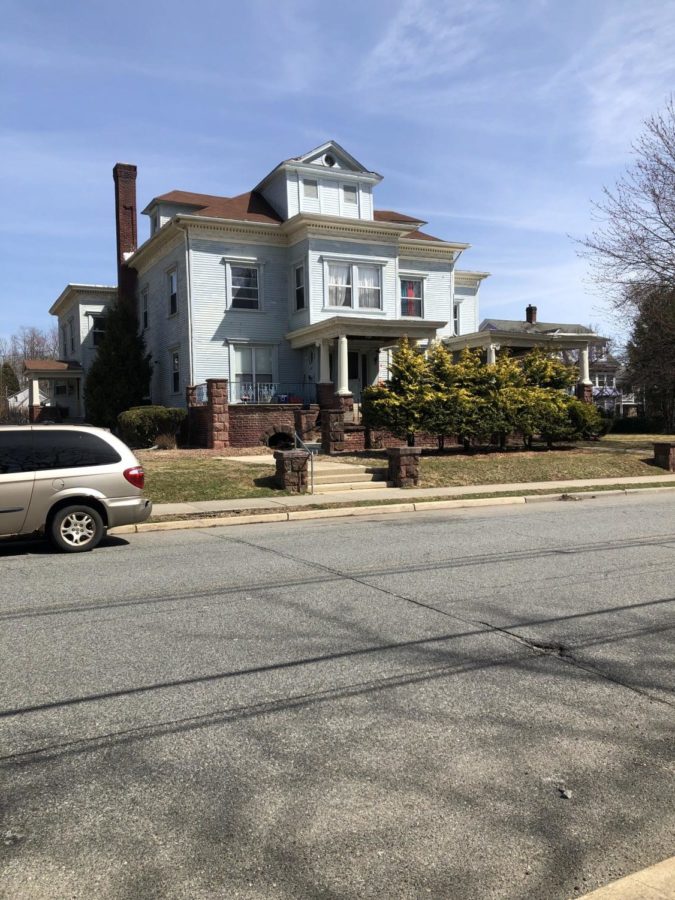 Conversations about racism can be hard, which steers many people away from acknowledging it, especially in their own communities.

Racism has been prominent in Warren County, whether residents realize it or not.

According to “A Self-Guided Walking Tour,” published by The Washington Historical Society, sometime in the late 1800’s or early 1900’s, the headquarters of Warren County’s Ku Klux Klan was centered in Washington Borough, in the Cornish Mansion, located on Belvidere Avenue.

This is just the tip of the iceberg. Over the decades, the KKK has collapsed and been reborn again and appears to still have a presence to this day.

Since there was a headquarters in Washington, it can be presumed that there were  many members of the KKK locally.

Other evidence of the Klan rearing its ugly head in Warren County have been reported upon by word of mouth and on social media.

One example is the locally-notorious photo of a group of Klansmen in full garb standing underneath the “Welcome to Oxford” billboard on Route 31.

According to an  anonymous post in August of 2014, on a thread in hackettstownlife.com, said photo was taken in the early 1990’s after an Earth-Day clean up on Route 31 in which the local KKK allegedly participated.

In 2008, a cross was burned on the lawn of a Hardwick Township family that had supported Obama, then president-elect, during the election, according to an article which appeared on nj.com.

During the 2016 presidential election, someone spotted and took a photo of a “Makkke Oxford Great Again” decal on the back window of a car in Shoprite’s parking lot.  The photo circulated on local Facebook accounts, causing mostly outrage, yet some smug support.

Reportedly, a student went to school waving a Confederate flag, while some other students wore clothing with an emblem of the flag. These students allegedly belonged to a group known as “the Hicks,” which, according to the court document, SYPNIEWSKI V. WARREN HILLS REGIONAL BOARD OF EDUCATION, observed “White Power Wednesdays.”

One student of the group wore a T-shirt stating “Top Ten Reasons You Might Be a Redneck,” and was subsequently suspended.

The family then sued the district, challenging a newly- installed dress code policy intended to reduce racial animosities among students.

In June, 2001,  the US Court of Appeals decided that since the wearing of the t-shirt fell under the student’s First Amendment rights, he should not have been suspended.

According to a New York Times article headlined, “High School Should Not Have Banned ‘Redneck’ T-shirt, Federal Court Says,” by Robert Hansen, the school policy was adjusted  to be more strict about inappropriate paraphernalia of any kind because of this case.

While this incident stains Warren Hills Regional High School’s history, there are things to be learned from the past as well as the present and these lessons will soon  be part of  New Jersey’s  curriculum.

In early March, New Jersey’s legislature passed a law which will require public schools to teach about  ethnicity, disabilities, and “economic diversity, equity, inclusion, tolerance, and belonging in connection with gender and sexual orientation, race and religious tolerance,”  according to an article by Adam Clark on nj.com.  In addition, the law, which will take effect in the 2021-2022 school year,  aims for the curriculum to “examine the impact that unconscious bias and economic disparities have at both an individual level and on society as a whole.”