Citizens Seek To Save Our Towns 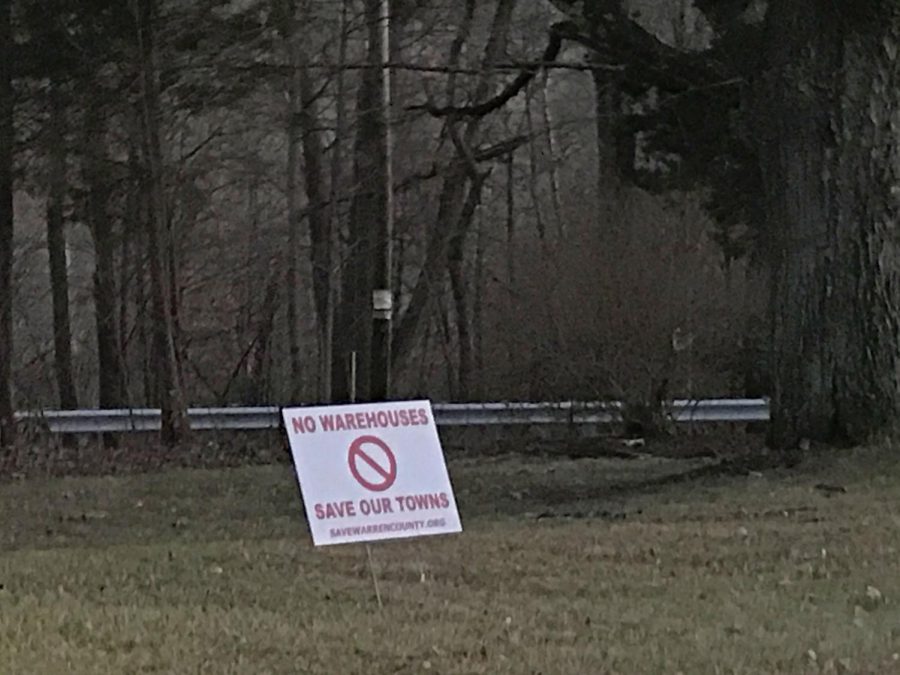 Citizens for Sustainable Development have encouraged all of Warren County residents to oppose the mega warehouses planned for White Township.

Frustration continues over a proposed three million-square-foot warehouse that a local environmental group maintains would take away from the rural atmosphere of Warren County.

The development, proposed by Jaindl Land Company of Orefield, Pennsylvania, would consume over 585 acres in White Township, bordering Foul Rift Road on Route 519.

Citizens for Sustainable Development, (CFSD), whose goal, according to their website, is to: “maintain reasonable traffic and the quality of life which brought us to, and keeps us in our beautiful Warren County, ” has put pressure on the White Township Planning Board to stop the warehouse developments.

According to CFSD President, Theresa Bender, “The ramifications for this potential development would be significant, and would alter Warren County. This would be an absolutely destructive amount of heavy, loud, polluting traffic that would lower home values far greater than any tax savings that might be obtained.”

Bender’s projections for traffic ­on Route 519 and other surrounding roads are backed  by statistics she obtained from the Institute of Traffic Engineers (ITE).

According to CFSD’s website, savewarrencounty.org,  the proposed warehouses could cause an estimated increase in the  number of trucks from a daily average of 371 trucks to a potential daily average of 2,684 to 23,860 trucks, depending on whether the facilities were used as a storage or parcel hub.

According to Jaindl, in an opinion piece published in The Morning Call, the development would “generate several millions of dollars in increased property tax revenues annually for the White Township, Consolidated School District and Warren County.”

But CFSD believes the developments south of Belvidere and north of Foul Rift Road would go against the township’s top Master Plan goal of preserving the rural nature of the area.

To reach that goal, CFSD pushed for a master plan amendment that would have rezoned the area to residential instead of the now low-density industrial zoning.

However, at their Jan 8 meeting the White Township Planning Board voted down the amendment and proposed a new one that would allow some warehouses with conditional use approval. The new proposal would allow high-cube warehouses which is what Jaindl Land Company proposes.

Now, Jaindl is waiting for a preliminary site plan approval that would allow their proposed 800,000-square-foot high cube warehouse to be built.

Despite the backlash, Jaindl, has the legal right to build on the land he bought for $11.2 million as the area is zoned for industrial purposes.

“Our project fully complies with this zoning,” said Jaindl.

When asked what people can do in this effort, Bender said, “people can come to the White Twp. Planning Board and Committee meetings, the Warren County Freeholders and Planning Board meetings, and attend their own municipal meetings to speak out against such developments.”